Malnutrition and the Potential of QPM in Guatemala

In Semilla Nueva’s communities, only 1 out of every 2 children is malnourished. The word “only” sounds disturbing in that sentence, but 50% sounds like a reasonable figure when compared to 70%, or the percentage of children that face chronic malnutrition within rural indigenous communities in Guatemala. Guatemala struggles with hunger on a frightening scale – ranked as the country with the 4th highest rate of chronic malnutrition. 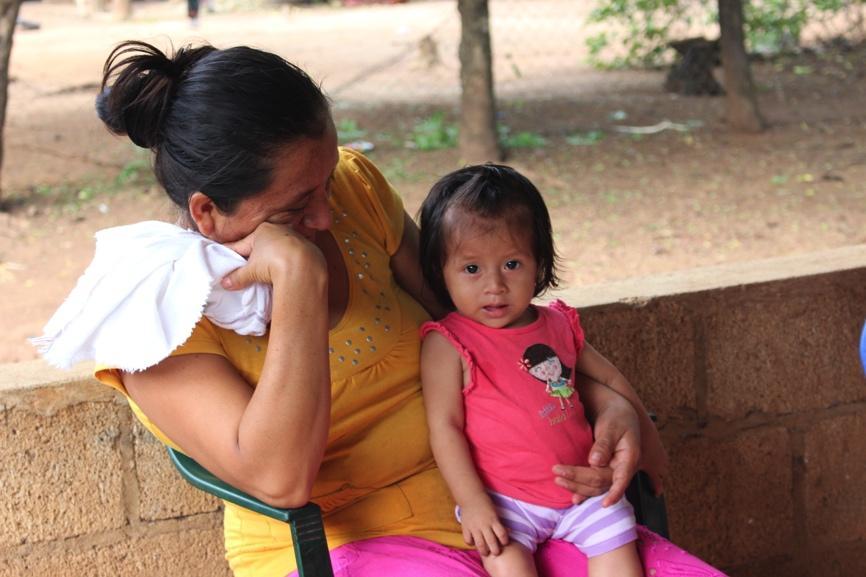 Within the development sector there are a number of approaches to fighting malnutrition, each stakeholder arguing over which is the “best solution” to the problem. While there are many variables to consider in the fight to reduce malnutrition – for example hygiene, availability of clean water, access to a varied diet – many of the approaches pushed by various actors require changing the habits of the communities they target or incorporating a variety of new practices and skills. And, while you can lead the people to community gardens, you can’t guarantee they’re going to eat the kale… at least not everyday.

In Guatemala, one thing you can be sure of is that rural farmers and their families will be eating corn at least once a day. Even more likely, they will be eating it three times a day. Rural communities in Guatemala are changing in many ways, technologically and economically, but one thing remains the same: corn stands front and center, integral to communities’ historic traditions, daily activities, and local economies. Despite being so ingrained in communities, corn is often seen as the culprit for Guatemala’s malnutrition problems. It is low in protein and vitamins but rich in carbohydrates, resulting in hidden hunger – meaning bellies are often full, but bodies are lacking necessary nutrients. How can this crop, currently maligned by the development community as the cause of many problems be effective in solving them instead? 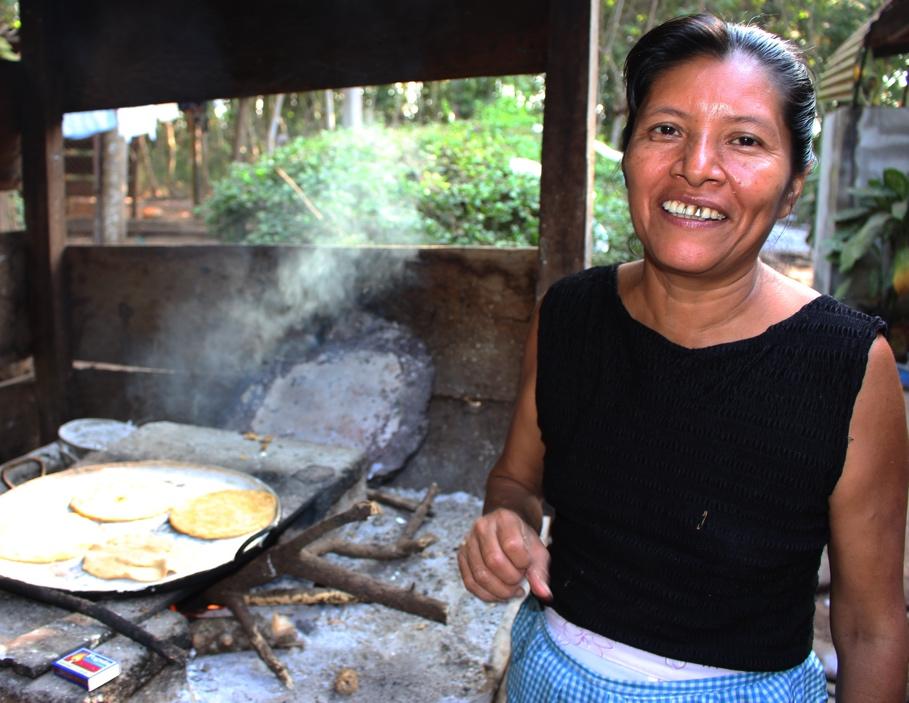 In Guatemala, tortillas are served at every meal and in some households are the primary source of calories. If farmers adopt QPM corn it presents a major opportunity for families to attain protein otherwise lacking in their diets.

One agricultural technology, QPM, is positioned to answer this question. QPM, or quality protein maize, is any corn crop that has been naturally selected and bred to have complete proteins. QPM contains higher levels of the amino acids lysine and tryptophan. These amino acids allow the body to utilize higher amounts of the protein in corn and create complete proteins. QPM provides 90% the amount of protein as milk and laboratory studies show that QPM is effective in fighting malnutrition. In Perú, it was found that severely malnourished children who were given an entirely QPM-based diet for 90 days were able to achieve an average and healthy weight.

So now that this amazing new technology exists, why have we not solved the problem of malnutrition in maize-based communities? A QPM variety, acceptable by consumers and producers for both taste and yield, was created by a scientific duo in Mexico in the mid 1980’s. What’s the holdup? Unfortunately, having a technology that works in the lab does not necessarily mean that it will work in the field – or families’ homes. To determine this – “the effectiveness of QPM” – a whole separate slew of studies is required. Although the efficacy of QPM has been proven, the effectiveness has not.

Efficacy nutrition studies test that there are no biological factors preventing the function of a certain food. Effectiveness nutrition studies test new technologies in “real world” scenarios. Effectiveness studies take a technology that has been proven successful under clinical conditions and test them under daily realities. They examine the success of a technology when held up to non-biological factors such as community acceptance, cultural patterns, and food preparation. Effectiveness studies are especially important for governments working to create new policies or for NGO’s trying to implement new programs. However, these studies are often time-intensive and expensive to carry out.  There are many uncontrollable variables that can affect the outcome of the study making a large sample size necessary. These factors make the undertaking of an effectiveness study a daunting task.

The Need for an Effectiveness Study in Guatemala

A QPM seed, ICTA Maya, was released in 2009 by the Guatemalan Institute of Agricultural Science and Technology (ICTA) and is currently only distributed to rural communities via government aid programs. Since 2012, Semilla Nueva has worked with farmers and women’s food security groups to promote ICTA Maya. Farmers and women within the food security groups have shown an overwhelming approval for the seed. In a 2014 community survey, ICTA Maya was reported to have generally the same taste and texture as conventional maize: 43% of respondents said it tasted the same as other varieties of maize, another 38% said that it actually tastes sweeter, and 17% went so far as to use the world “delicious”. 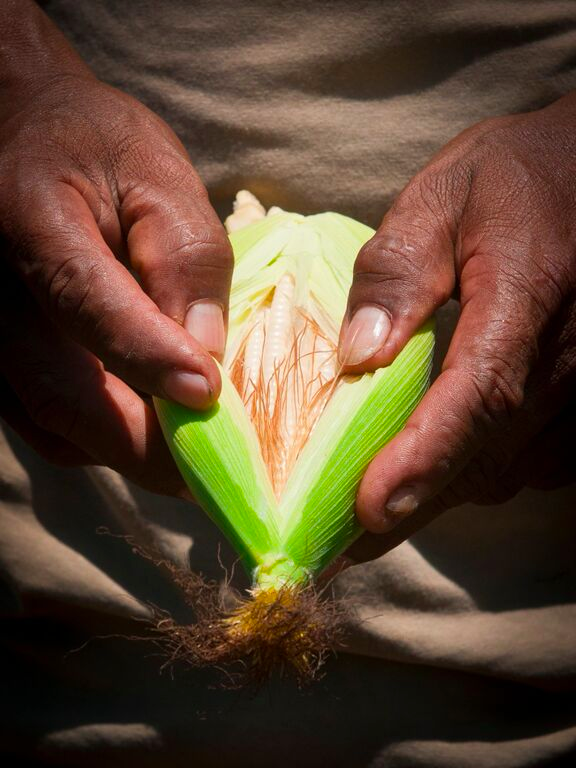 Farmers’ support of ICTA Maya shows the potential of QPM in Guatemala. Now, hard data is needed to convince the government and researchers to pursue further QPM research and development for Guatemala.

However, farmers encounter two problems with this particular QPM: it has a lower yield than commercial varieties and it is a hybrid seed – meaning its seed cannot be saved. For these reasons ICTA Maya currently is a costly option for smallholder farmers – hence why it is only provided through government aid efforts and is not demanded by farmers. Despite low yields, farmers have been willing to work with QPM largely because of its understood nutritional benefits. Until now, plant researchers have had little motivation to produce a more competitive yielding QPM or a QPM variety whose seed could be saved. Yet through community surveys, Semilla Nueva has been able to demonstrate to fellow development groups, agricultural institutions, and the local government that farmers are willing to work with QPM and that its impact could be great.

The largest missing piece needed to convince everyone of putting in the time and money for QPM research and supporting programs, is the evidence that quality protein maize in the field will have an impact on malnutrition. What could having that information mean? Data showing that QPM improves the health and nutrition of rural families has the potential to push the Guatemalan government to invest more money in researching and releasing better performing QPM varieties, including open pollination varieties. Showing that it is an effective solution and in demand by farmers could push commercial companies to include a QPM seed within their range of options. These steps, all of which help to increase access to high protein corn, could bring us closer to a Guatemala free of malnutrition.

Semilla Nueva Research Coordinator Lisa Eash has spent much of the year 2015 solidifying a protocol for an effectiveness study, with the intention of demonstrating QPM’s impact on malnutrition rates in rural Guatemala. She has spent weeks researching previous studies, working on the design, as well as reaching out to international nutrition experts to get feedback for the study. Our Advisory Board for the study includes the following experts:

Recent additions to the advisory board are Dr. Shahriar Kibriya and Johanna Roman from the Texas A&M University Center on Conflict and Development. They will be working with Semilla Nueva researchers to investigate the impact that QPM and lower rates of malnutrition could have on mental health and domestic conflict. They are assisting the team by working with us to form culturally sensitive questions to explore the topic. They’ll also provide the resources to hire a local Guatemalan investigator to carry out the surveys. 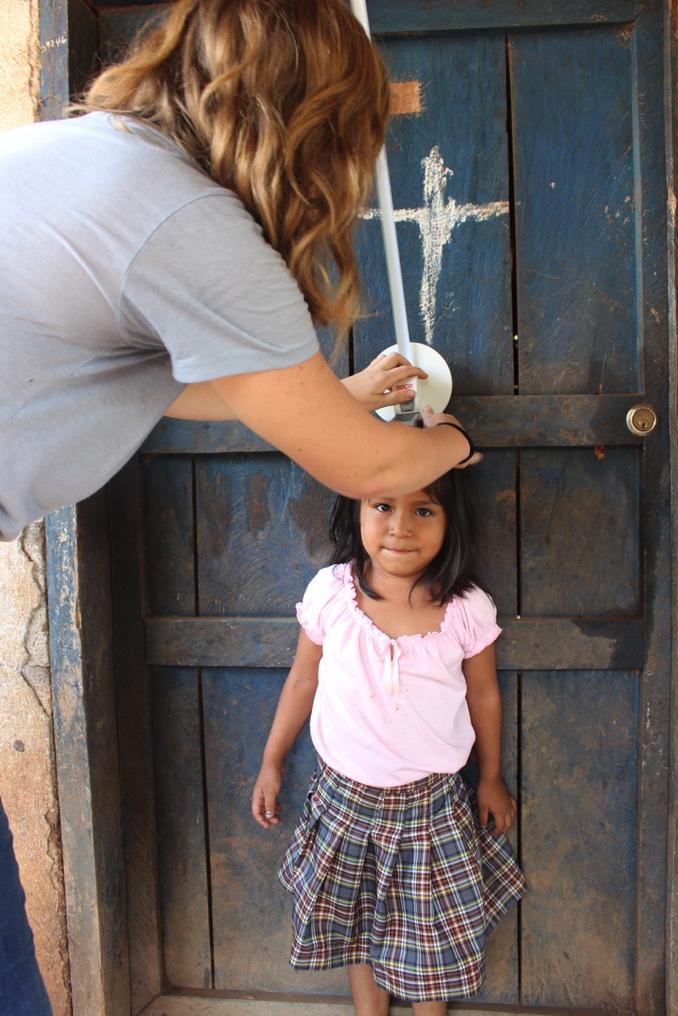 Eash hasn’t been the only one putting in long hours to make the study possible. Our field technicians as well as our Food Security and Nutrition Coordinator, Jennifer Brito, have put in countless hours working with participating community leaders, tracking down possible participant families, and distributing QPM seed to them before planting time. Jennifer will be working alongside Lisa and INCAP workers later to carry out measurements of children within the study.

Semilla Nueva has submitted for IRB approval at the local and international level, which is important for ensuring the ethical and methodological soundness of the study and for the future publication of the results. Within Guatemala the IRB review is being carried out by the INCAP. In the United States the review will be carried out by the Department of Global Health and Population at the Harvard T.H. Chan School of Public Health. Semilla Nueva is excited to contribute to the growing body of research that shows agricultural interventions are effective ways to improve children’s health in developing countries.